Bless your or allies weapons. 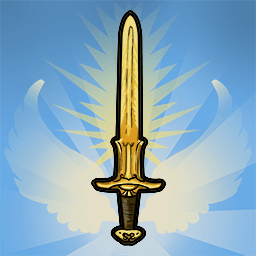 The touched melee weapon deals an additional damage bonus on hit, and the blessing is released on melee attack when weapon is wielded.