You can see invisible objects. 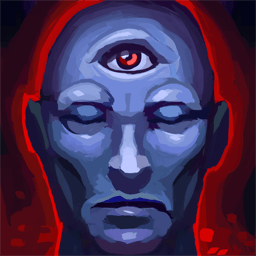 On success you clear vision for 15 rounds.

The ability known as Clarity of Vision has long been coveted by players in the realm of MudGate. It is a powerful tool that allows one to see things that would otherwise be invisible to the naked eye.

The origins of this ability are shrouded in mystery, with many different stories circulating about its discovery. Some say that it was first developed by a group of seekers of light, who sought to gain insight into the hidden realms of the spirit world. Others claim that it was a warrior who stumbled upon the technique while training in the deep forests of Lowbird.

Regardless of its true origins, Clarity of Vision has proven to be an invaluable asset on the battlefield and in everyday life. With its help, one can spot hidden enemies and objects, see hints in the environment around them, and even gain an automatic search check to uncover hidden dangers.

Many have sought to learn this ability, and those who have mastered it are highly sought after for their skills. Clarity of Vision is a powerful tool, and one that any player would be wise to have in their arsenal.

Abilities are linked to certain classes and can be used by both players and non-player characters (NPCs). To use most abilities, you must first learn them and sometimes invest points into them. Occasionally, you may come across special ability scrolls with a limited number of uses. These scrolls allow you to use the ability even if you have not learned it, but you can only use the ability a certain number of times before the scroll is depleted.